Conio closed a three-million dollar round of financing in June, and now this fintech startup is rated at over forty million. It will invest the new capital in research and development and in the key sectors related to cryptocurrencies.

What does Conio do? 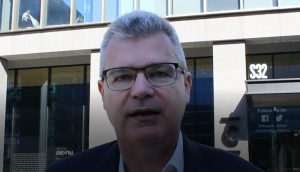 It is often referred to as “the Italian Coinbase.” It deals with bitcoins and its mission is to make it easy for everyone to buy and sell bitcoins and, above all, to safeguard them. “The custody of digital coins – explains the co founder Christian Miccoli – is a highly sensitive and complex problem for which we have found a very innovative and very secure solution”.

Investors not only have credit in this “solution” founded by Conio but also in the potential of digital currencies and bitcoins and in the validity of the Conio team, which is able to work well in the present and to look to the future with concreteness and vision.

In Italy, Fintechs like Conio are forced to deal with a regulation that, especially in the financial field, “is extremely heavy and – points out Miccoli – requires very specialized skills as well as having special needs that can’t always be met immediately”. One way to give an answer and face the complicated Italian context is the collaboration between startups. That’s why Conio joined the Fintech District community: “For us it’s a good opportunity to connect to the rest of the ecosystem”.

“In Italy it is very important that so many startups are being developed – continues Miccoli – and that startups are able to collaborate, to share knowledge and skills between them to stimulate each other, support each other and increase the chances of success for all”.

According to Miccoli, Fintechs can make themselves heard by Regulators only if they work together and stick together, “asking for simpler conditions, such as those already present in other countries, for example in UK, Switzerland and Malta”.

Hoping that in Italy the situation will become more favorable for its business, Conio does not hide its intention to operate abroad, throughout Europe. To do so, as Miccoli explains, “we need the Italian legislation to be at the forefront and not create excessive barriers against development”.

If you wish to stay up-to-date about news, events and initiatives of the Fintech District, subscribe to our newsletter HERE