The development of Fintech in Italy shows us what our country can become in the world but there are still many obstacles that slow down those who work in this field, according to Roberto Esposito, CEO and founder of Derev, an innovative startup, member of the Fintech District community, working in digital strategy, social media and crowdfunding sectors.

Derev supports large companies, institutions and public figures who want to be present on the web and use social media for communication initiatives or for launching crowdfunding projects. “Italy hinders those who work in our field: regulations and institutions are not adequate for the evolution currently underway – says Esposito – the potential is enormous! We are very confident “. 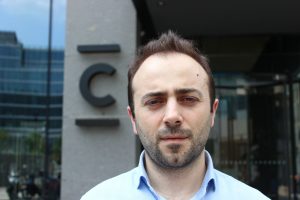 Undeterred, Esposito and his team are following other parallel paths. “We are also active in foreign markets, mainly in the European market, where we are very much appreciated. In some cases not only as fintech free of impediment to business but actively encouraged at the operational level”

The Derev office is in Copernico Isola for S32 but “joining the Fintech District was not a logistical choice. We have become part of the community for its values and for its mission at a national and international level. The best of Fintech in Italy is concentrated in the Fintech District, the true heart where we work to create the economy of tomorrow. Here, today, we see companies, startups and business models which, as they grow, will become common throughout the country “.

Crowdfunding is rapidly evolving and is becoming more widespread, according to Esposito. “It is no longer linked to the project of a single citizen but to large projects of collaboration with municipalities, administrations and large companies”. Derev helps these companies build and promote these complex crowdfunding initiatives throughout the country. Meanwhile, Esposito and his team are participating in many public events to make known what they do both in the field of digital strategies and social media as well as in the context of crowdfunding and the sharing economy. In October, Derev will be at the “Barcelona Leadership Arena” as an Italian guest, to showcase its entrepreneurial adventure and its growth in crowdfunding and digital in Italy and Europe.

If you wish to stay update about news, events and initiatives of the Fintech District, subscribe to our newsletter here