This July, the Fintech District joined the first global network of 11 independent fintech accelerators from Europe and Israel. The project is called The Talent Route and its aim is to connect startups and accelerators from all over the world in order to facilitate access to new markets and international talent. European accelerators can benefit from the program by becoming a reference point for Fintech and Insurtech startups in their own countries whose desire is to open up new markets.

Alessandro Longoni, head of Fintech District, believes that “This is a further step forward in the internationalization process already underway in Italy at the Fintech District. Our goal is to obtain new international opportunities and open up the Italian market to newcomers”. The collaboration between the 11 hubs from both Europe and Israel was ratified during the first Summit of European Accelerators organized and hosted by INNsommia in Valencia on the 5th of July.

Four of the eleven participants attended the event: Fintech District from Italy, INNsomia from Spain, LHoFT from Luxembourg and BlackFin Tech from France. As well as face-to-face talks, online participation included the other 7 accelerators: Fintech Aviv and JVP from Israel, Accelerator Frankfurt from Germany, Kickstart accelerator from Switzerland, B-Hive from Belgium, Startup Palace from France and Start-up Garage from Germany. 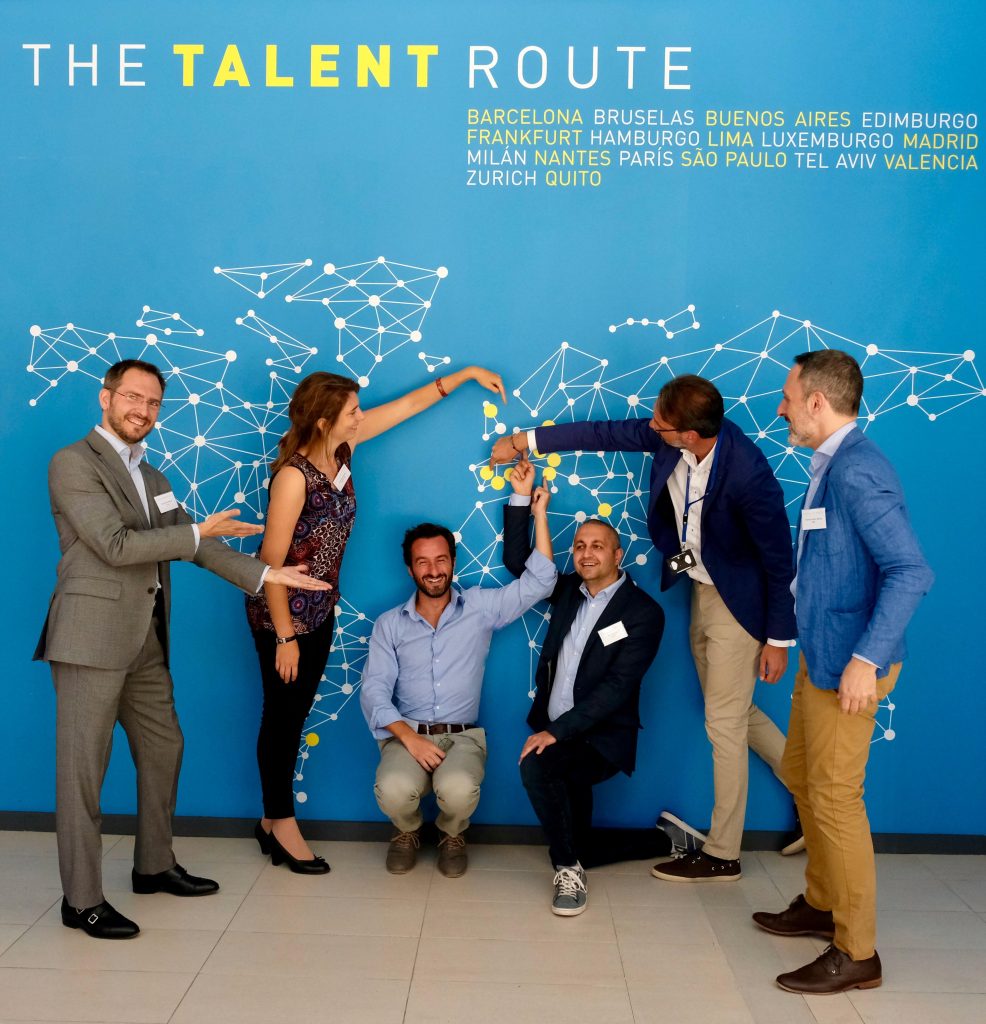 In the morning, the hubs involved in The Talent Route get to know each other, share information on the different innovative ecosystems of their countries and, at the same time, discovered the acceleration models of the companies involved. The summit also featured a speech from the CEOs of the most advanced startups in Valencia, Madrid and Barcelona who talked about their plans to expand abroad.

The success of this first Summit of European Accelerators suggests the need to implement agreements similar to the Talent Route to make Europe more competitive and united in the Fintech sector.

According to Antonio la Mura, Business Development Manager of the Fintech District, “The Italian Fintech ecosystem is achieving great results, and it’s time to make it progress to an international level. Our commitment is in supporting Italian companies in their process to become international. Joining The Talent Route is a coherent step towards the scouting of international business opportunities to provide to our Community. We share the same values and ambitions with the other Fintech hubs and accelerators that joined the program , and we invite all the Italian Fintech startups to get in touch with us if they are willing to know more about a specific market and count on our rapport and support in bringing their business to the next stage”.

If you wish to stay uptodated about news, events and initiatives of the Fintech District, subscribe to our newsletter HERE